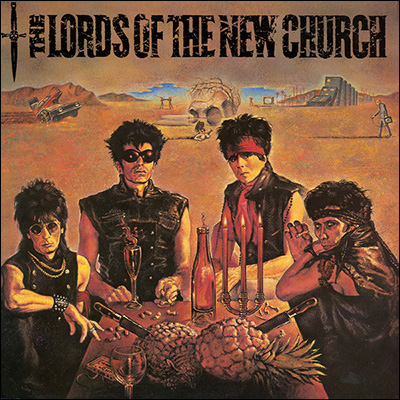 I couldn’t even remember how many years it had been since I last heard THE LORDS OF THE NEW CHURCH when I saw that their first album was being reissued. 1982’s cleverly titled The Lords of the New Church was one of the first “punk supergroup” releases and it contained some catchy post-punk/new wave tunes for fans of the band members’ earlier groups. Singer Stiv Bators (known here as just “Bator”) came from Cleveland’s Dead Boys, while guitarist Brian James was a founding member of The Damned, the greatest band that ever lived.* Along with a revolving door of members (including early recruits Rat Scabies, also of The Damned, and Tony James of Generation X), the pair conjured a promising debut album that somehow failed to deliver lasting dividends.

Released at a time when punk had waned and new wave, goth and other genres were dawning, The Lords was a mixture of all of those – and perhaps that’s why it sputtered. It didn’t “pick a genre and run with it” at a time when that was (at least in hindsight) crucial. Listen to “Open Your Eyes” now and tell me how that single never became a hit. Well, in 1982 that kind of song wasn’t going to make the Hot 100 here in the States, that’s for sure. That’s not to say that it didn’t get some airplay on college radio, as many of us college DJs played it regularly, and MTV played it some in the early days when any song with a video had a good chance of airing on the fledgling cable video channel. But being released before I.R.S. Records co-created MTV’s 120 Minutes specialty show, its airings – both on TV and on the radio – were sparse regardless of the platform. 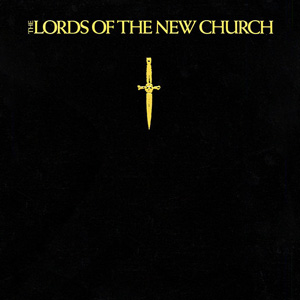 Now you can give The Lords of the New Church another try, as it’s being released in a new 2CD expanded edition. Disc One is the original album along with two B-sides and the single mix of the aforementioned “Open Your Eyes,” while the second disc is a live concert recorded in ’82 here in the USA. Packaged in its original UK cover art (which is actually quite hideous, as much as the US cover [at right] was boring), mastering for this reissue is quite good (you can always count on Bill Englot) and the images and liner notes are pretty good, too. You’ll likely enjoy and maybe remember some of the other tunes, such as “Russian Roulette,” the cover of “A Question of Temperature,” and their homage to the New York Dolls, “Li’l Boys Play with Dolls,” a song I clearly didn’t get at the time since I was just barely discovering that band (and pretty much anything that was good that wasn’t easy to learn about pre-internet/MTV/my subscriptions to Trouser Press and New York Rocker). While definitely of its time, The Lords is a worthy addition to the middle-aged hipster’s or ’80s acolyte’s CD library and warrants multiple spins.