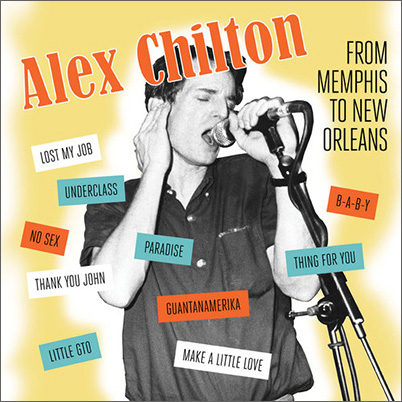 Here are a couple of “reissues” from our favorite Big Star, ALEX CHILTON. Both From Memphis to New Orleans and Songs from Robin Hood Lane are compilations of previously released Chilton material, chosen thematically or chronologically to fit together nicely. It’s an interesting way to do it – take the best tracks of an era, for instance – and create one superior compilation, instead of reissue the entire albums or EPs themselves. Especially since Chilton’s discography is a little spotty during his solo years, this may be the best way to find the choice chunks of his solo stuff.

From Memphis to New Orleans pulls primarily from Alex’s mid-to-late 1980s releases Feudalist Tarts, No Sex and Black List. Those first two came out in the States on now defunct Big Time Records, and they were a comeback of sorts for Chilton. Buoyed by some great R&B cover songs (hence this new album’s title), this compilation is a gas. Not only do you get “B-A-B-Y” and “Thank You John,” a couple of horns-laden ditties, you also get Chilton originals like “No Sex,” “Lost My Job” and “Underclass,” the former being Alex’s humorous look at the calamities that were affecting people’s sex lives in the mid ’80s (when AIDS was still new and not at all understood) and the latter two funny, bluesy stabs at the kind of lifestyle our hero was leading at that point in his life. Chilton’s arrangements are really good ’n’ raw – definitely not the clichéd kind of slick ’80s production that would be a turn-off to fans of Chilton’s revered band, Big Star – and are part of why most of these songs stand up to the test of time. This one’s worth picking up. 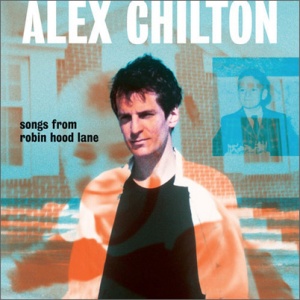 Songs from Robin Hood Lane, on the other hand, isn’t a no-brainer. While the idea of Alex Chilton belting out selections from the “classic American songbook” might sound good on paper, the recorded results indicate that that doesn’t always translate to analog tape. Chilton’s unschooled, technically imprecise singing is a benefit when he’s doing rock, blues and R&B, but in this genre his slightly wavering vocals often miss the mark. In fact, there are a few clams here that would have never made the grade on a Frank Sinatra or Ella Fitzgerald record. I’m talking about seriously wrong notes. Granted, in 2019, with the truckload of artists who have extended their careers by releasing CDs of standards, the burnout factor for this kind of enterprise is high. At the time he recorded these (primarily the early ’90s), his Medium Cool and Clichés releases may have been fun curveballs to throw at a party (and the title of the latter was definitely a home run), but today they’re practically superfluous to Chilton’s discography. The arrangements themselves are spare and pretty listenable, yes, but Alex the singer is out of his depth here. I mean, kudos to him for giving it a go, but I prefer it when Alex Chilton stuck to what he did best: rock ’n’ roll. 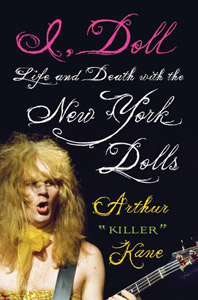 …Life and Death with the New York Dolls. Well, that’s what it’s about, all right. Told by ARTHUR “KILLER” KANE himself, this short read is full of all kinds of anecdotes—remembered or half-remembered—by someone who was there for all of it. I, Doll is told from 10-20 years of hindsight by the onetime New York Doll and later-on Mormon and star of his own documentary (New York Doll). Kane tells the stories in a very “I can remember it like it was yesterday” style, even when his memory fails him, due to age or, more likely, how stoned or drunk he was when the episode happened. And he doesn’t try to downplay anything, no matter how embarrassing it might be, so when he tells you the story about how all the Dolls were puking up Newcastle Brown Ale onstage in Birmingham in 1972 (pre record deal!), I’m sure he’s telling it like it is/was.

You don’t have to be a fan of the Dolls to enjoy this memoir (though if you’re not a fan, you’re no friend of mine!). Like The Dirt by Motley Crüe was about the Eighties, it is a fascinating view of what it was like in a rock band in the ’70s, pre-AIDS, pre-uptightness about sex, pre-major label slaughter of the lambs and their music, pre-everything that makes today’s rock ’n’ roll bands pale imitations of their punky, grungy, awesome forefathers. 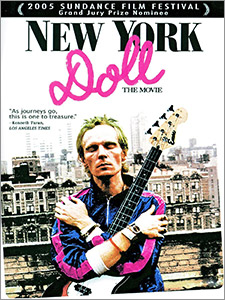 I met Arthur in 2002 or 3 in Los Angeles at a gig my band shared with The Dogs in North Hollywood, and he was a very kind, subdued guy. At the time I wondered if that was his true personality, or if it was decades-ago ingestions and much more recent Book of Mormon teachings doing their thing on his 60-something year old body. My friend Loren assured me that that was Arthur. I wish I could have gotten to know him. Of course, not a week goes by that I don’t plop New York Dolls onto the turntable or into the CD player and crank it up, so in that sense I know Arthur, or at least his music.

By the way, on one very popular book ordering website, this book is noted as a “posthumous autobiography.” You mean Arthur wrote it AFTER he died? Wow! I knew the man was talented, but holy crap!
4/5 (Chicago Review Press, 2009)

The eagle-eyed, front-of-mind of you will note that JARVIS COCKER’s Further Complications came out way back in June 2009. Yes, I’m playing a little ketchup here. And that’s partly because when this came out I didn’t really give it much of a chance, just kind of assuming I’d like it because I like Pulp – JC’s band of Different Class and This Is Hardcore fame – and Cocker put on a helluva show here in Seattle in support of his first solo record, Jarvis.

Good news: I was right. I do like it. But not exactly for the reasons stated above. It turns out that Further Complications is more of a rock ’n’ roll record than Cocker’s ever done. As it says in the notes, Tim Call plays guitar in the right speaker and Martin Craft does in the left; I wouldn’t be surprised if these were the same blokes Jarvis had with him on tour, because these songs definitely have more of an edge than you’d expect. Or is it because the disc was recorded by noiseo/icon Steve Albini? I suppose that’s where these songs get their sort of dry, “just the facts, m’am” vibe.

Finally, there’s the lyrics. Also dry. For instance: ““In the beginning there was nothing/and to be honest that suited me just fine.” Or: “I met her in the Museum of Paleontology/And I make no bones about it.” Or: “I never said I was deep but I am profoundly shallow/My lack of knowledge is vast and my horizons are narrow.” Okay, sure, out of context these sound like Groucho Marx leftovers, but in the context of a Jarvis Cocker song, you’ve got some great stuff here. All in all the songs are pretty good and the arrangements are snappy. And yet, I think his first solo disc may be the better of the two… Or is that just because “Cunts Are Still Running the World”* is so great that it’s gonna be awhile before Jarvis betters it?
4/5 (Rough Trade RTRADCD 540, 2009)

[* Buried on the final track of Jarvis; also available as a download single.]