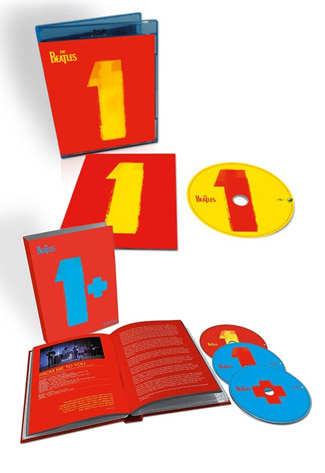 The Fab 2+2 don’t miss a chance to pry as much Beatle money out of our pockets as they can, do they? Now, the 2 surviving BEATLES and the other 2’s ladies have announced the new DVD and Bluray video compilations, 1 and 1+, which will ship the first week of November… just in time for another Beatles Christmas! You’ll get all 27 of their #1 hits in video format – either the original “promotional film” (as videos were called back then) or live footage of one origin or another that has made it this far down the line without being tossed into the proverbial rubbish bin. And if you plunk down the extra dinero for 1+, you’ll get a second disc with even more of the promotional films and live footage. AND… there’ll be NEW stereo and 5.1 mixes! Yippee!

Oh, uh, If you missed it on CD or vinyl the last two times it was released or reissued, have no fear. Those Beatle people, they don’t miss a… errr… beat. (Ugh.)

If only I were cynical enough to exclaim, “Bah! I don’t need this shite!” But I’m not. As a matter of fact, I think there are some 19 or 20 different configurations of this thing (that ain’t cynicism, bud, that’s sarcasm!), so once I figure out which version to get and can afford the most expensive one – naturally! – expect my review in this very blog.

Pugwash • Play This Intimately (As If Among Friends) [CD, LP] 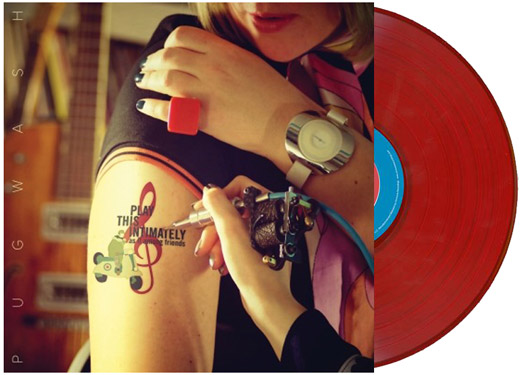 Ireland’s best kept pop secret is PUGWASH. The band – 4 guys playing primarily guitars, bass and drums – have just released a brand new all-original album, Play This Intimately (As If Among Friends), only their second in the US and for American label Omnivore. Yet Pugwash has been around for nearly two decades, playing their power pop tunes to a very supportive and growing crowd of fans that includes some very notable heroes of the band’s. Jeff Lynne is one of them. Andy Partridge of XTC is one of them. Ray Davies of The Kinks hadn’t heard of them until they recorded this very album in his studio. Then he became one of them.

It’s easy to say, “They sound like XTC meets ELO with a bit of R.E.M. mixed in,” but those who can think past three letters will tell you there’s more – and less – going on in Pugwash than that. 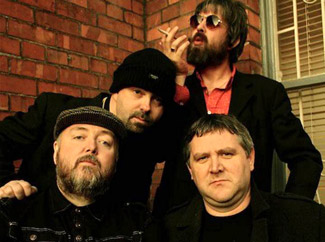 Leader Thomas Walsh, the songwriter of the band, is a lovely guy who writes these very catchy tunes that stay in your head forever; luckily he lets them out of his head for us to hear. Verging between power pop and lighter fare, the arrangements are less elaborate than XTC and ELO (no deliberately difficult passages, no orchestra) and lack the R.E.M. Southern charm. The band supports Walsh’s writings with a good deal of rock ’n’ roll knowledge – you hear all kinds of pop from the past float through the tunes – making it much more difficult to put a finger on Pugwash’s real pedigree. In fact, if you’re lucky enough to see Pugwash live, you’ll hear them improvise “cover” songs on the spot, with humor and a clear love of popular music in all its varieties. Check out this video of the band breaking into “If I Needed Someone” by their beloved Beatles. 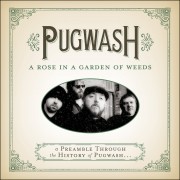 Play This Intimately has some gorgeous tunes on it and is a worthwhile purchase, though it’s a little more low key than some of their previous efforts. To see what I mean, pick up Omnivore’s career-spanning Pugwash compilation, A Rose in a Garden of Weeds. The beat is forefront in many of the tunes Walsh and Omnivore chose for the band’s debut US release, such as “Monorail,” “Take Me Away” and “Answers on a Postcard.” In all, though, if highly hummable tunes are your chosen form of nourishment, Pugwash will keep you well fed. (P.S. – The initial vinyl pressing is clear red vinyl – like candy!)

The Damned • The Chiswick Singles… And Another Thing [2LP] 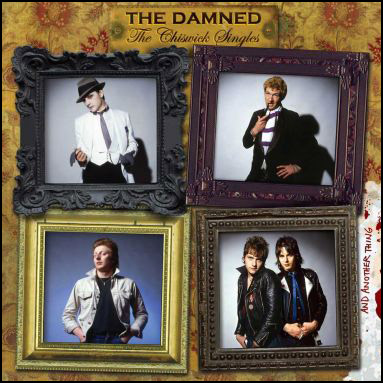 Compilations of a band’s singles – both the ‘A’ sides and the lesser-known ‘B’s – can be a dodgy thing. Typically the ‘A’ sides are worth having, but the ‘B’ sides are throwaways that exist only because something had to occupy the other side of the record. But then there are bands like THE DAMNED, who like few bands before and after them, put out 45s that killed. The Chiswick Singles… And Another Thing is a single CD/double LP that showcases most of the band’s singles from the fertile 1978-1981 period (for some reason “Wait for the Blackout” and its flip “Jet Boy Jet Girl” are missing), and it’s a cracker of a comp.

By ’78 Dave Vanian, Captain Sensible and Rat Scabies had already disbanded The Damned, farted around for a year, and got back together with a new bass player. Sensible switched to guitar after original guitarist Brian James left and the band flourished. I don’t know if that’s a coincidence but I prefer to believe it’s not. Anyway, here you get 24 tunes, 21 of them from their Chiswick Records, post Stiff/post-punk tenure which spawned the classic Machine Gun Etiquette (1978) and the almost as good followup, The Black Album (1980). The final 4 tracks come from their ’81 EP, Friday 13th. 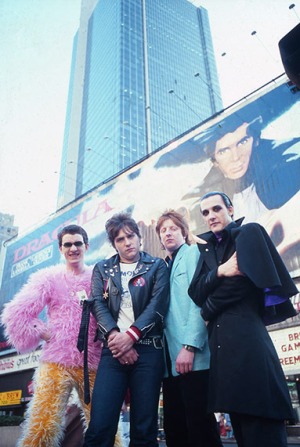 Spread over one CD or in this case, a really sweet 2LP set on red splatter vinyl, this compilation has quintessential tracks like ”Love Song,” “Smash It Up” and “I Just Can’t Be Happy Today” as well as goofy/fun B-sides “The Turkey Song” and “Billy Bad Breaks,” plus experimental (read: filler [?]) things like “Sugar & Spite” and “Seagulls.” I’m not saying that everything here is a must-have, but I am saying that everything here is a must have for a Damned nut like me.

If you’ve had trouble filling your vault with The Damned’s faultless singles, look no further. And since it’s available on both CD and vinyl, you can now finally have ’em all in one handy format of your choice.
5/5 (you knew I wouldn’t rate it any lower!) (Ace [CD]/Let Them Eat Vinyl [2LP])