You may not know who EDGAR JONES is. You may not know him by the most well-known of his pseudonyms, Edgar Summertyme, either. Hell, you might not even know him from his superb early ’90s UK garage trio, The Stairs. So three CDs of a guy you don’t even know might seem like way more than you’d want to sit through just to figure him out. But Jones – a multi-instrumentalist who tends to play bass guitar when playing for people like Paul Weller, Johnny Marr or The La’s – has so many sides to him that The Way It Is only begins to give you an accurate picture of this unique musician.

Starting back from where most of us know him, Jones/Summertyme was the bassist and lead singer of The Stairs, who came along from Liverpool about the same time as The La’s. Both bands were signed to a hip indie label called Go! Discs (that also featured Billy Bragg, The Housemartins and Paul Weller on its roster). The Stairs was a real compelling throwback to UK psychedelia, using fuzzed-out guitars, loud amps and amped up arrangements that gave songs like “Weed Bus” and “Right in the Back of Your Mind” just enough of a modern twist that the youngsters of the ’90s probably had no idea that Summertyme and his mates were both paying tribute to and parodying the great indie rock of 25 years earlier. Jones/Summertyme sang in a growlly, animated voice that sounded just exaggerated enough to keep some people from taking his band seriously. Yet, if you had a deep enough knowledge of Sixties rock (see how I patted myself on the back there?) you “got it,” and The Stairs’ supreme and supremely overlooked Mexican R’n’B was as overplayed as “that’s what she said.” (Forget about the fact that the UK version of that compact disc had four or five more songs on it than the US one.*) 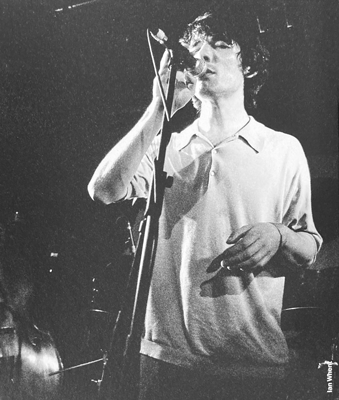 After The Stairs wound down, Jones went on to dip his fingers into all kinds of different concoctions. Whether he was fronting a soul/R&B combo, another garage unit or a smooth pop group (even a jump blues thang!), he brought a distinct Edgar vibe to his music. The Way It Is tries to distill all of this into a three disc anthology that at once does a great job and at the same time comes up short. How? Well, this set features 70 tracks! It’s near impossible to digest it all in one go, especially when you consider there are so many genres of rock represented that you can’t possibly keep track of where it starts, where it gets to, and where it ends up. That being said, if you like The Stairs, there’s a fair bunch of tracks to keep you goin’, especially those by his groups The Big Kids, The Joneses and The Edgar Jones Free Peace Thing, which grabbed that ’60s garage thing and added some trippy soul a la “Grazing in the Grass” (either Hugh Masakela’s or Friends Of Distinction’s arrangements). Noel Gallagher liked them so much he had them open for Oasis on their 2009 European tour. The tracks that originally appeared under Jones’ own name are more soul- or pop-inspired and may not float your boat, but then again: You can put on The Way It Is, any disc you like, and it’ll feel like you stumbled upon some free-form radio station from another decade where the DJ’s really killin’ it. I mean, killin’ it! – Marsh Gooch

(* Cherry Red put out a 3CD reissue a couple years ago that is essential for Stairs fans. How I didn’t get around to reviewing it, I still can’t recall…)