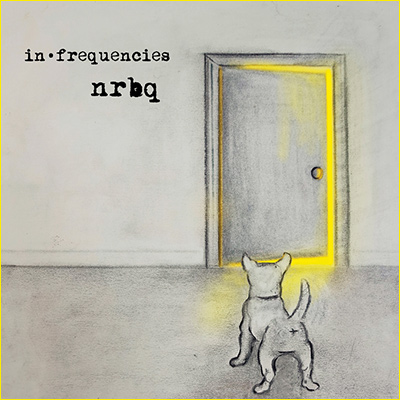 Just the fact that NRBQ has been around for over fifty years is pretty amazing. Can you believe they’ve never put out a collection of rarities and unreleased tracks? It’s true. In- Frequencies remedies that dour predicament with sixteen recordings that fell through the cracks (or were lucky enough to roll off the chopping block the first time around).

You’ve got to hand it to the ArQive 50 crew because they somehow put together a cohesive collection of tunes from a band that has never been able to settle on a style long enough for any rock critic – let alone fan – to pigeonhole them. As I have said in previous NRBQ reviews (and as any fan will attest), that’s a big part of what makes the Q so great. Why settle for one flavor of ice cream when you can have 31? In-Frequencies covers not only the various Q styles, but the different lineups of the band. There’s plenty of cuts representing the Big Al Anderson era, like “Let Me Tell You ’Bout My Girl” and a soundcheck recording of “It’s a Wild Weekend” that’s better than the album version, as well as a good helping of tracks from both the original and latest lineups. There’s also a cut by the legendary Dickens, “Sho’ Need Love,” which is not only super rare but has an awe-inspiring backstory (click here!) that you’ve got to check out. 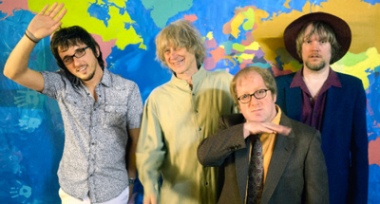 From the humorous (“Sourpuss”) to the super sweet (“April Showers”) to the just plain weird (an alternate version of “Everybody’s Smokin’”), it’s all here.

It’s highly likely that In-Frequencies is the first in a series, since it’s a sure thing that NRBQ has a lot more in the can than just a single CD’s worth. It might be wise to focus further volumes on, say, live cuts or the real out there material that was too Q for a standard album, if only to make those collections more pigeonhole-able than this one. Regardless, this single CD (also available on vinyl and limited edition colored vinyl) is a pretty good selection of rare NRBQ stuff for that rare fan who doesn’t have everything. – Marsh Gooch