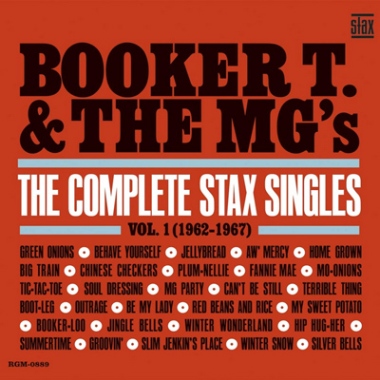 It’s pretty hard to beat the grooves that BOOKER T. & THE MG’S laid down back in the ’60s, and proof of that can be found in the grooves that make up The Complete Stax Singles, Vol. 1 (1962- 1967), a new compilation from Real Gone Music. This 29-track funk-a-thon is one hell of an intro to the Memphis group’s sound, muscular R&B instrumentals from a mixed race melting pot of organ/piano, guitar, bass and drums that basically defined the Stax sound.

The 1CD/2LP collection compiles the band’s early period sides for Volt and Stax, the former label morphing into the latter and becoming an indie powerhouse that gave us Otis Redding, Rufus Thomas and many more. Made up of organist Booker T. Jones, guitarist Steve Cropper, bassists Lewie Steinberg and (later) Donald “Duck” Dunn and drummer Al Jackson, Jr., Booker T. and his MG’s concocted a sound that was high on swinging, hard hitting grooves that to this day are the epitome of what makes Memphis music so irresistible. Pretty much anyone who’s ever turned on the radio has heard “Green Onions,” the band’s signature and first single, and all of the following records had the same basic ingredients. Despite their efforts to mix it up a bit by adding additional instruments here and there, the original recipe was so good that no amount of tweaking could alter its appeal. Yet, followup singles “Mo-Onions,” “Jellybread” (see video below) or the fabulous “Boot-Leg” and “Hip Hug-Her” never bettered that first side, charts-wise. 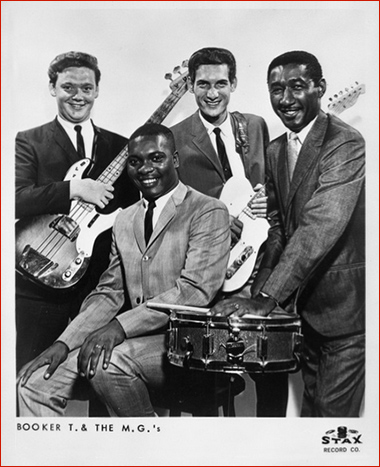 Real Gone Music’s 29-track compilation is 75 minutes long, generous as hell for one CD (or two LPs) and would be a lot to digest if it wasn’t for the fact that Booker T. & The MG’s music is so fun and uplifting that the vibe never really gets old. (It helps that the tunes are rarely more than a couple of minutes long.) I can imagine what it might’ve been like to hear these guys play them live, stretching out on a solo or groove and really getting down with it – I’m sure I would’ve totally dug it. As in “dig it,” you know, that phrase they said back in the Sixties and which some of us younger old farts still say on occasion. Worth the low price, for sure, The Complete Stax Singles, Vol. 1 is all you need to get your own “MG Party” started. — Marsh Gooch