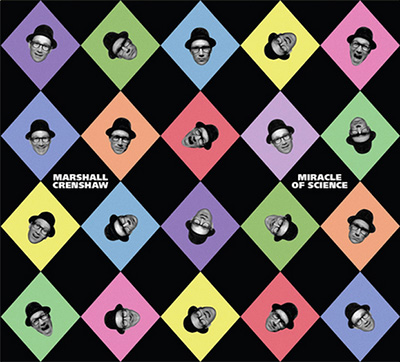 What do many MARSHALL CRENSHAW fans dream of? Reissues! Apparently MC got the memo, and here’s the first in a series, Miracle of Science. Originally released in 1996 on Razor & Tie Records (on CD only, though), it was the first studio album of Crenshaw’s brand of power pop after his contracts with Warner Bros. and Paradox/MCA ended. At the time it probably made sense for Marshall to move to the environs of the indie world, and he ended up making all of the rest of his albums that way. Major fame and fortune eluded him despite his ability to craft tunes that you’d be humming for days and weeks.

I instantly fell in love with Crenshaw’s music when I first heard his self-titled debut, Marshall Crenshaw, in 1982. Sure, I dug the fact that he has the same name as me (not too many of us Marshalls in the world, then or now), but it was more about the mix of pop, rockabilly and girl group rock that he played. That mix of genres continued through all of his albums, and here on Miracle of Science you get a good dose of his kind of rock ’n’ roll. From his practically patented power pop style, epitomized on “What Do You Dream Of” and “Only an Hour Ago,” full of melody and Stratocaster guitar tone, to the rockabilly of “Who Stole That Train?” and his instinct for interesting covers (“The ‘In’ Crowd”), this album is packed with a punch that is seldomly witnessed. 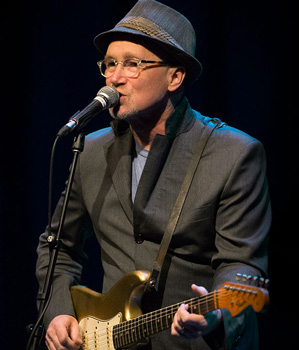 Marshall’s added some interesting bonus tracks to this reissue on Shiny-Tone, (I believe) his own label and a guarantee he’ll get to keep doing it his way. An interesting track, “Seven Miles an Hour,” is featured in both forward and backward versions, and MC decided to include the backward version first (as a standard track) and the forward version (which was the one originally released in ’96) as a bonus track. Curious.