Will Birch • Cruel to Be Kind: The Life and Music of Nick Lowe [Book] 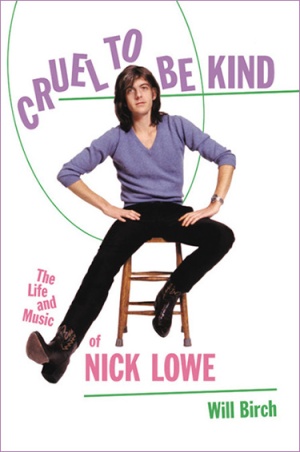 Once a long haired hippie, later a spiky haired new waver and currently a white-pompadoured troubadour, NICK LOWE’s story is finally getting told. With WILL BIRCH’s new book, Cruel to Be Kind: The Life and Music of Nick Lowe, the Basher himself comes to life in all of his many guises.

Birch, himself a new wave musician (remember The Records?), is clearly a friend and fan of the man, and tells the stories even-handedly. Many of the tales are not those of a choir boy, though Lowe could sing and put on a show from an early age. Still, Nick was interviewed for the book – as were many of those who feature in his life, such as ex-wife Carlene Carter and musician Ry Cooder – and seems to be okay with letting the cards fall where they may.  Birch’s own personality eventually works its way into the narrative, but he’s not such a fanboy that it becomes a concern. The fact that the author really knows the world that his subject comes from adds immediacy and authenticity to the book. 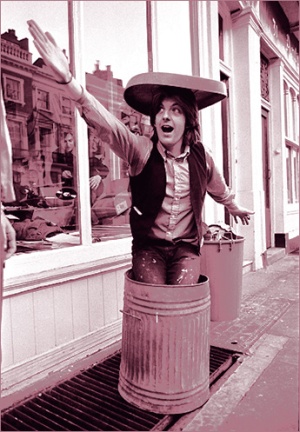 What comes to light in Cruel to Be Kind is that Nick Lowe is a man who has matured over time. The rough but lovable edges of youth have been sanded down to a texture that is smooth to the touch but still retains the essence of what made the guy so interesting in the first place. Lowe, indeed, is “half a boy and half a man,” and that’s in the good, lovable way. Birch demonstrates it best when he talks about how Lowe’s “(What’s So Funny ’Bout) Peace, Love and Understanding?” started out as a cynical look at the world (when it was written in the early ’70s and performed by Lowe’s band, Brinsley Schwarz), became an angry plea with Elvis Costello’s 1979 cover (produced by Lowe himself), and eventually a heartfelt, serious question when performed by the author today. That he frequently plays the song on tour with a bunch of musicians in Mexican wrestler masks (Los Straitjackets) underscores the comic genius at Nick’s core. He’s still the quintessential Jesus of Cool.

2 thoughts on “Will Birch • Cruel to Be Kind: The Life and Music of Nick Lowe [Book]”