A couple of years ago XTC’s Colin Moulding and Terry Chambers teamed up to form TC&I, and after releasing an EP of new material (2017’s Great Aspirations; reviewed here), they did some live shows and recorded them. Naked Flames – Live at Swindon Arts Centre is the souvenir of these concerts, a baker’s dozen of songs originally recorded by Moulding and Chambers in one of new wave’s most celebrated groups. Including one of XTC’s other songwriter’s tunes (“Statue of Liberty”), the selection is a pretty good look at Moulding’s best work.

Colin Moulding was definitely the George Harrison of XTC, contributing few songs to the band’s albums while Andy Partridge-as-Lennon-&-McCartney had the spotlight as the premier wordsmith in the group. Here TC&I run through many of Moulding’s good ones, such as “Grass,” “Making Plans for Nigel,” “Life Begins at the Hop,” “Ten Feet Tall” and a few more obvious choices, take a stab at later tunes like “Standing in for Joe,” and two original TC&I tunes, “Scatter Me” and “Say It,” and the result is pretty good. I say that because, though the band is not bad, they’re not exactly great either. 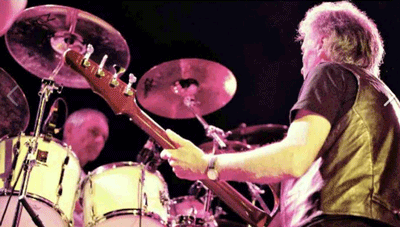 While it’s nice to hear some of these XTC tunes played live, there’s a certain vibrancy missing on this disc. I think that’s partly due to the recording itself, which is missing some top end shimmer and therefore lacking in live vibe, and partly because Moulding’s voice seems kind of weak. They may have been able to beef it up for XTC’s studio recordings but in this live situation it lacks bulk.

This all being said, there’s no doubting that Colin Moulding has written some truly great songs, and TC&I covers them ably on Naked Flames. These live renditions just don’t pack the same punch that XTC’s originals did. Chances are the initial interest in these versions will wane soon after first hearing and the superior XTC takes will remain the quintessential versions of Colin Moulding’s greatest hits.