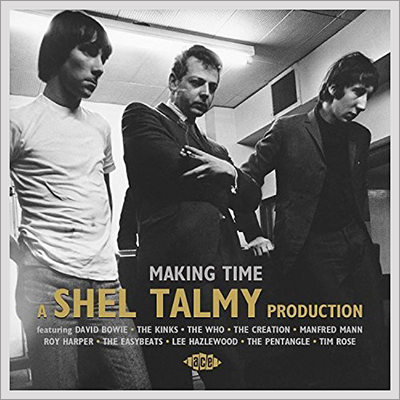 I finally made time for this one. A compilation of tracks produced by an American ex-pat, Making Time: A SHEL TALMY Production is a 25-track platter of mostly British rock and freakbeat from the early/mid ’60s. Talmy is most famous for producing The Who’s first album (and its same-titled single) My Generation, a few Kinks records and The Creation’s greatest, errr, creation, “Making Time.” Ace Records, the UK label known for putting out quality compilations of this ilk, has once again sorted out a quality collection of tunes, including some big names and lots of lesser known ones—and even a pseudonymous track by a fellow called Davy Jones (not that guy from the Monkees). What you don’t get with Making Time is the feeling that Talmy was the great producer that legend has him, but really just a hustler with a good ear.

After all, Shel Talmy is famous not only for a handful of great singles but the fact that he lied his way into producing in the first place. In the early ’60s there was no such thing as the internet or even fax machines; Talmy flew across the Atlantic with a stack of records he hadn’t produced, presented them as his own and landed himself a job with Decca Records UK. (He was supposedly given the okay to do so by the man who did produce them, Capitol Records’ Nik Venet, who passed away in 1998.) Apparently Talmy was a good enough salesman to quell any doubts there may have been about his CV because the next thing you know he’s producing The Kinks—represented here with “Tired of Waiting for You”–and then The Who. 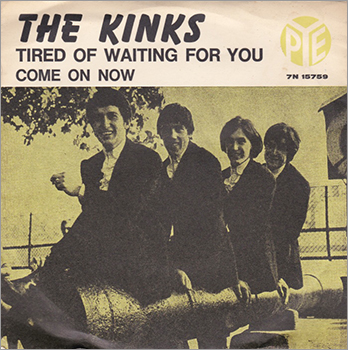 Along came The Easybeats, Manfred Mann, The Creation, Chad & Jeremy and a load more. Hell, he even produced a female singer with the unlikely but cool name of Perpetual Langley! Later down the road he started his own label, Planet Records (not to be confused with the one started by Richard Perry in the late ’70s). Talmy gets a bad rap for keeping The Who in mid-sixties limbo with litigation that severely curtailed their early momentum, but that was eventually sorted out by both parties.

Making Time presents such a varied group of artists that it’s hard to make a case for him being such a great producer. His productions are fine, for the time, but they don’t stand out as being all that unique, like Phil Spector’s and even Brian Wilson’s do. He did pick some talented groups to produce, though, so perhaps we should really salute his ear for talent rather than production. This compilation presents a reasonable number of great artists and tunes, but there are some definite duds, too; good lord please don’t make me listen to anything else by Lee Hazlewood if it’s as bad as “Bye Babe”! And I could live without ever hearing Tim Rose or Trini Lopez again. In all, though, this CD is of Ace’s usual high quality level and worth the price.

Bonus notes: One track here is by The Rockin’ Vickers, which was a group that included the young Ian Kilmister under the name Ian Willis (who finally achieved fame as Lemmy of Motorhead). Also, the Davy Jones track, “You’ve Got a Habit of Leaving,” is a “previously unissued alternate overdub” of the young David Bowie’s 1965 Pye single.