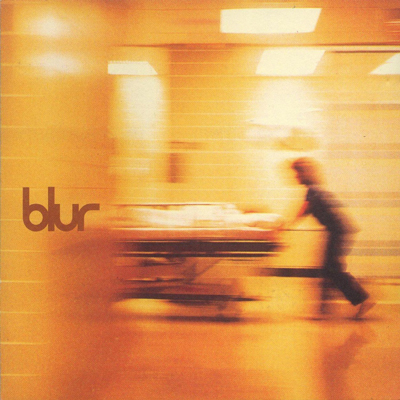 Britpop heavyweights BLUR landed their first US biggie in 1997 with the eponymous Blur. Twenty years ago this week – another time, another place, at least for me – it was released as the followup to their celebrated (and then rescinded) The Great Escape, the last of their “Life” trilogy (which also included Modern Life Is Rubbish and Parklife). Blur was a departure, for gone were the new wavey arrangements,  the mellotrony goodness and the generally upbeat sound that defined their oeuvre. Here the band were primed and ready to shoot for bear with super distorted guitars, lo-fi production values and an even more overt down vibe. (Not counting “M.O.R.,” which feels at least slightly hopeful.)

The thing that was unexpected to many of us Yanks was how Blur had gone grunge. I’m not talking as grunge as Pearl Jam or even Nirvana, but after their last three albums, which were like finger flicks to the cheek, this one was a punch in the face. The underlying tunes were still quintessentially Blur, sure, but you’d have to be deaf to not hear the difference. Of course, twenty years later, the change feels more cosmetic and not as jarring as it did in ’97. Blur welcomed the band’s newfound American fan base thanks to the ubiquitous “Song 2” (“Woo hoo!”), whose video was played constantly and audio was everywhere there wasn’t a TV monitor. They were, indeed, looking for America (“with its kooky knives and suicides,” as they sang in “Look Inside America”) and they found it. Albarn, Coxon, James & Rowntree found the Promised Land, alright, warts ’n’ all.

So, today I have a 2LP pressing of Blur from 2012 (180 gram, natch) that almost sounds too pristine considering this was Blur’s big fuck you and good night! to the Britpop sound they helped define. I almost think it would’ve served the material better if they’d crammed all 57 minutes onto one record. Bring out less of the snap and more of the crackle! Yet, there’s no denying that it’s an era-capturing album, among the handful of releases that make Blur an important part of my music collection.