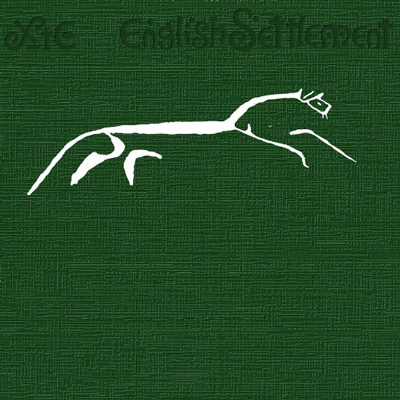 Here’s another great album anniversary for me to go on about: English Settlement, the 1982 2LP set from XTC, turned 35 this week, and it’s yet another release with a distinguished place in my collection.

By the time the celebrated UK “new wave” band released this, their fifth album, XTC had had a few appearances on Top of the Pops under their belts, for songs like “Making Plans for Nigel” and “Statue of Liberty,” and would do so a few more times over the next decade or so. Their principal songwriter, Andy Partridge, turned in some of his best songs for Settlement, as did bass player Colin Moulding. And yet, this album’s release – or at least the tour supporting it – was a huge missed opportunity that took the band years to recover from. That’s because Partridge finally succumbed to the stage fright that had been his nemesis since the band started, just as the band had begun a US tour that quite possibly would have “broke” them here. Their single, “Senses Working Overtime,” was topping college radio charts everywhere and its video was getting saturation play on MTV (which had only debuted in August ’81). The tour was cancelled after only a handful of shows (I’m still bummed because I had planned to attend their Seattle stop); who knows how the exposure would have helped them in America? It took XTC another four years to achieve similar visibility here (with the song “Dear God” from their 1986 album Skylarking). Regardless, today, English Settlement stands as a highwater mark for XTC.

The double album, as released in the UK, was a 15-song, 2LP affair that contained some of XTC’s best-known and best loved songs, such as “Senses,” “No Thugs in Our House” and “Knuckle Down” from Partridge, and “Ball and Chain,” “Runaways” and my new favorite “Fly on the Wall” from Moulding. As a double LP English Settlement is a staggeringly rich album, moving slightly away from the power-poppy, two guitars/bass/drums sound they’d established on Drums and Wires and Black Sea (1979 and 1980) to an earthy yet ballsy new place. This time, Partridge and guitarist Dave Gregory brought their electric 12-string and acoustic guitars, while Moulding frequently used a fretless bass to add to his sonic palette. Luckily, there was no let-up in Terry Chambers’ drumming and the album still had the all important anchor necessary to keep the songs within 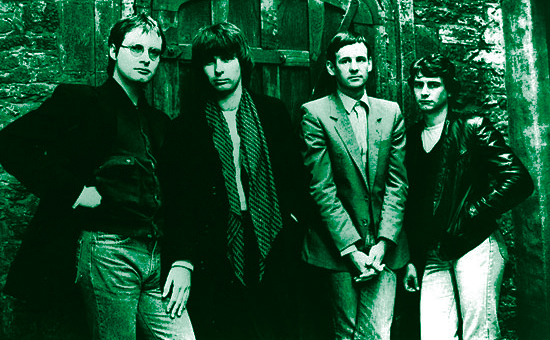 the band’s established wheelhouse. Sadly, when issued here in the US by Epic, the album was whittled down to a single LP and that really changed its feel. Yes, the “hit” singles were still there – “Senses,” “Ball and Chain” and “Thugs” were all released as 45s in England – but the flow was interrupted. You wouldn’t have known this if you were a casual XTC fan, but after I had devoured Black Sea the year before, I read up on these guys! I knew, according to Trouser Press or NY Rocker or maybe it was Creem, that the UK version was a double album, and that’s the one I wanted. Unfortunately, that wasn’t to be until the late ’80s when, after Skylarking had become a sensation, the band’s US label, Geffen (now distributing Virgin releases here) reissued the album in its original 2LP configuration. None of this matters now, because these days you have your choice of either full-length 2LP or single CD when buying it new.

Last year, Andy Partridge’s Ape House Records reissued English Settlement in a super deluxe 2LP box set (along with a similar treatment to Skylarking), and it’s epic. (Pun intended.) Not only do you get a real quiet, 180 gram 2LP pressing of the album, you get a full-color, 12″x12″ booklet and inserts detailing the making of the record, foibles with their label, and remembrances about the instrumentation and the way the band came to the songs’ arrangements. The mastering (by John Dent at Loud) is pretty nice and detailed, but I must say: it isn’t as immediate (or as loud, actually) as the original Virgin (UK) issue. Finally scoring a super clean copy of that last year, I was amazed at how much better it sounds than the 2016 Ape House vinyl or the most recent Virgin (UK)/Caroline (US) CD master from the early 2000s, let alone the Geffen vinyl. Though my newly treasured 1982 copy smells a bit musty, it kicks ass on the more recent issues. You know what my advice is? Knuckle down and find an original Virgin UK copy.

I reviewed a book about Andy Partridge’s songs, Complicated Game; see it here.